Florida is no stranger to hurricanes. In fact, the state still holds the record for the second deadliest hurricane in United States history with the Okeechobee Hurricane. In September 1928, the hurricane first hit Palm Beach and the coastal residents were prepared to weather the storm.

However, the hurricane – which had reached wind speeds of 125 mph – barreled on, filling Lake Okeechobee with rainwater, causing it to overflow and spill out like a tidal wave. The category 4 Okeechobee Hurricane claimed about 2,500 lives and washed away towns entirely.

Of course, most hurricanes that hit the Sunshine State aren’t that intense or deadly. However, the Atlantic Oceanographic & Meteorological Laboratory’s Hurricane Research Division reports that 40% of U.S. hurricanes hit Florida. With hurricane season officially beginning June 1, HomeInsurance.com has ranked the 10 most hurricane-safe cities in the state.

Leesburg is Florida’s most hurricane safe city due to its hurricane and tropical storm scores of zero combined with a low flood score. The city occupies about 24 square miles of central Florida’s Lake County and is home to more than 21,000 residents.

Leesburg’s population has risen over the years due to many retirees flying south and Orlando residents loving the location but not the crowdedness of the city. Leesburg hosts a motorcycle festival called Leesburg Bikefest every spring, which has drawn more than 250,000 visitors to the city each year since 1997.

Orlando is the largest city on our list with more than 255,000 people calling the Orange County city home. Orlando has the second lowest combined tropical storm, flood, and hurricane scores on our list, which make enjoying the “Theme Park Capital of the World” that much more enjoyable.

Yet another central Florida city joins the ranks of the most hurricane safe cities. Sanford is situated in Seminole County and is home to more than 56,000 Floridians. Being in Sanford is like traveling back in time due to the city’s brick-lined streets and old Victorian homes.

Like Leesburg, Kissimmee is featured among Florida’s most hurricane safe cities due to scores of zero referencing hurricanes and tropical storms. Kissimmee stretches across more than 17 square miles of Osceola County.

More than 65,000 people reside in Kissimmee and love to explore the central Florida city by going on airboat rides to see the native wildlife. Kissimmee is full of adventure and is located near Orlando, which allows residents to enjoy the benefits of the bigger city without the hustle and bustle. Kissimmee is a tranquil city that provides protection from severe storms.

Palatka is the smallest city on our list with about 10,500 residents. Though the Putnam County city is tiny, it has plenty of culture and activities to keep its residents pleased. Palatka is home to the Ravine Gardens State Park, which features two popular annual festivals – the Blue Crab Festival and the Florida Azalea Festival. Parks and historical districts are speckled across the 7.5 square mile city.

This Columbia County city is home to more than 12,000 residents and ranks as No. 6 on our list of most hurricane safe cities in the Sunshine State. In fact, Lake City’s placement on the list is mostly attributed to the hurricane score of 0, combined with low tropical storm and flood scores. Lake City occupies about 12 square miles of northcentral Florida.

The city features several festivals including the Olustee Battle Festival which re-enacts the Battle of Olustee and the Alligator Warrior Festival which strives to demonstrate how the original residents of the area lived in the 19th century are both hosted in or near Lake City.

Naples extends over more than 16 miles of Collier County and has about 19,500 residents. The southern Florida city is one of the wealthiest in the country and is a popular tourist and retirement destination. Residents and tourists alike enjoy the fair weather of Naples while exploring the land reserves, 10-mile-long beach, vineyards, golf courses, art galleries, and shopping opportunities.

Ocala secured the No. 8 slot because of low flood and tropical storm scores, along with a hurricane score of zero. Ocala has a population of more than 53,000 and is located among 38 square miles of Marion County.

Residents of Ocala enjoy the fantastic weather at the nearby Silver Springs Nature Theme Park, the Ocala National Forest – the second largest forest in the Sunshine State – and along the Florida National Scenic Trail and Ocklawaha River.

Gainesville is the final city with a hurricane score of zero, which is why it made its way onto our top 10 list of most hurricane safe cities in Florida. More than 127,000 folks call the city home, and it spans about 62 square miles of Alachua County.

The University of Florida is in Gainesville, and like most college towns, it has endless culture. Gainesville is home to the Florida Museum of Natural History, Curtis M. Phillips Center for the Performing Arts, Hippodrome State Theater, and the Harn Museum of Art. Add in the University of Florida College of Fine Arts musical, dance, and art shows, and you’ve got the perfect city for anyone that appreciates the arts. Any Gator football and basketball fans love residing in the city, too.

The 10th Sunshine State city on the list is Fernandina Beach. More than 11,500 people reside in the Nassau County city, and it ranks on our list due to low combined tropical storm, hurricane, and flood scores. Fernandina Beach is known as the “Isle of Eight Flags” because it’s the only American municipality that has featured the national flags of eight countries – Great Britain, France, the Patriot Republic of Florida, Spain, Mexico, the Latin American Patriots’ Green Cross of Florida, United States, and the Confederate States of America. The city spans more than 15 square miles of Florida, and residents most enjoy celebrating the city’s culture and fair weather at the Isle of Eight Flags Shrimp Festival.

So if you’re looking to escape to Florida for a week or to move there permanently, choose any of these 10 cities to be at less of a risk for severe weather strikes. Florida home insurance covers damage from high winds but not from flooding. Permanent residents should consider a separate flood policy for that.

Following is full listing of the cities considered:

For data sources only available on a county level, cites were assigned points based on the information for the county in which the city is predominantly located. Analysts only looked at FL cities with a population of 10,000 or above. Tiebreakers were given to cities with a larger population. 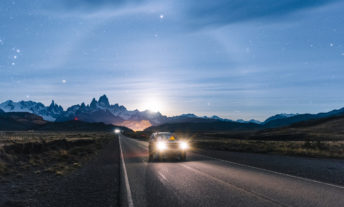