The 25 Most Dangerous Georgia Cities for Severe Weather

Encountering severe weather is inevitable, albeit some cities are more susceptible to it than others. Though Georgia rarely sees hurricanes, the state has reported some serious storms and tornadoes.

In 1936, the Tupelo-Gainesville tornado outbreak unleashed 12 tornadoes on the southeastern portion of the country. The tornadoes hit April 5-6, and with a death toll of roughly 454, the outbreak still reigns as the second deadliest on record in the history of the U.S.

Gainesville, GA, was the site of one of the tornadoes included in the outbreak. That tornado was an F4 and is still considered the fifth deadliest tornado in the nation’s history – it killed more than 200, destroyed 750 homes and heavily damaged 254 more. For context, in 1936, the population of Gainesville was 17,000.

That was then. HomeInsurance.com set out to find which Georgia cities currently are most prone to severe weather. Here are our results:

Georgia’s most dangerous city in terms of severe weather is Marietta. The city has a population of more than 58,300 and spans 23.2 square miles of Cobb County. Marietta has six historic districts and is home to the Dobbins Air Reserve Base.

Atlanta is in Fulton County and has a population of approximately 443,775. The city is home to the world’s largest indoor aquarium as well as several historical sites and buildings, including the childhood home of Dr. Martin Luther King, Jr., the Atlanta Cyclorama & Civil War Museum, the World of Coca-Cola, and the College Football Hall of Fame.

Woodstock is home to 25,135 and covers about 11.3 square miles of Cherokee County. The city is just 30 miles north of Atlanta and acts as a suburb for the state’s largest city. It flourished due to the Louisville & Nashville Railroad, which transported products needed for agricultural advancement. Main Street is lined with century-old homes.

Newnan – named after North Carolina Gen. Daniel Newnan – was established in 1828 and flourished due to the cotton industry and for being known as a hospital city for Confederate troops during the Civil War. Much of the city’s antebellum architecture is still intact, making it rich in culture.

Cartersville is situated among 29.3 square miles of Bartow County, which is located in the Dixie Tornado Alley. The city’s 19,810 residents like to brave the weather and take in the beauty of Cartersville at the Etowah Indian Mounds – which is located along the Etowah River – and Red Top Mountain State Park – which lies on a peninsula of Lake Allatoona, a U.S. Army Corps of Engineers reservoir.

Gainesville was named after Gen. Edmund P. Gaines, a hero of the War of 1812, among other accomplishments. The city is located among the foothills of the Blue Ridge Mountains and along the shore of Lake Lanier in Hall County, and it has approximately 34,786 residents. Gainesville is known as the ‘Poultry Capital of the World’ because of a large concentration of poultry processing plants, which account for six of the city’s top 10 employers.

Rome is nestled in the foothills of the Appalachian Mountains in Floyd County and is home to more than 36,159. The city was formed at the point where the Etowah and Oostanaula Rivers merge, producing the Coosa River. According to a 2010 report released by the Greater Rome Convention & Visitors Bureau, sports tourism raked in $10 million to the local economy.

Savannah is the oldest city in the state and is located in Chatham County. The city thrills its 142,022 residents and visitors alike thanks to its historical charm. Many who visit the city are enamored by Savannah’s cobblestone streets and architecture combined with the Savannah Historic District, the Savannah Victorian Historic District, and its 22 park-like squares.

Monroe occupies 10.5 square miles of Walton County and has a population of 13,349. The city was founded in 1818, though it wasn’t incorporated as such until 1896. Monroe was once a leading cotton-producing force for the state of Georgia, but the city’s cotton mills have since transitioned to feature antique markets and various types of events.

Carrollton was named in honor of Charles Carroll, who was the longest-living signee of the Declaration of Independence. The town grew in popularity when a railroad was built through the town, which brought significantly more goods and passengers. Carrollton is the home of 24,958, as well as the University of West Georgia.

Among 13.1 square miles of Gwinnett County is the location of Lawrenceville and its 29,481 residents. For an interesting take on the town’s history, residents and tourists can go on the Lawrenceville Ghost Tour, which is a walking tour of the city guided by professional storytellers recounting the city’s legends. The ghost tours are put on by the Aurora Theatre.

Statesboro – chartered in 1803 – has a population of 29,779 and is located in Bulloch County. The city is the home of Georgia Southern University; being a college town, Statesboro has evolved to feature a unique culture, which combines art and intellect with southern traditionalism. Statesboro has several venues for live music, theater, and art; a picturesque botanical garden; and a strong sports presence due to GSU.

Calhoun is a city in Gordon County with a population of 15,812 and much historical significance. It was included in the Cherokee Nation and leaders refused leave when the Indian Removal Act was passed because they had developed prosperous farms thanks to the fertile land. This refusal led to Calhoun being a part of the Trail of Tears – a nickname given to the event in 1830 when Indians were forcibly removed from their land by U.S. troops under the command of President Andrew Jackson.

Athens is the home of the University of Georgia. The city is a hub for music and has produced bands such as R.E.M., Widespread Panic, and Corey Smith. Athens also hosts music and arts festivals in its downtown area, including AthFest. The city has 118,999 residents and spans 118.2 square miles of Clarke County.

Located in Sumter County, Americus is the home of several widely known organizations, including the international headquarters for both Habitat for Humanity and the Fuller Center for Housing, Glover Foods, and the Rosalynn Carter Institute for Caregiving. The city was founded by Gen. John Americus Smith in 1832 and is home to 16,393.

St. Marys is the gateway to Cumberland Island National Seashore, which is the most significant of the Sea Islands – a chain of barrier islands that span Georgia’s coast. The Camden County city is the site of several festivals, including the annual St. Marys Rock Shrimp Festival.

Dublin – originally named after the city in Ireland – has 16,215 residents and is situated among 13.3 square miles of Laurens County. It is known for events such as its St. Patrick’s Day Festival and scholarship pageants Miss Saint Patrick’s and Miss Outstanding Teen Irish.

Douglasville is located atop a natural rise in topography in Douglas County. The 21.5 square mile city has a population of 31,269. Douglasville is known for its Central Business District, which is a compilation of Italianate, Romanesque, and Queen Anne-style commercial buildings that preserve charm of a 19th and 20th century southern railroad town. The District is listed on the National Register of Historic Places.

Douglas spans 14 square miles of Coffee County and was named after Stephen A. Douglas, who was the congressman running against Abraham Lincoln for president in 1860. The city began to thrive when the railroad arrived in Douglas in 1895. Douglas’s downtown and Gaskin Avenue historic districts are both listed on the National Register of Historic Places.

Albany is nestled in Dougherty County and is home to 77,431. It’s known for its rich history and culture: 18 landmarks are listed on the National Register of Historic Places, including the Albany District Pecan Growers’ Exchange and the Bridge House.

Stockbridge is located among 13.4 square miles of Henry County and the story of its name remains a mystery to be debated by its 26,281 residents. Residents enjoy several parks, including Gardner Park and Memorial Park; as well as annual festivals such as Bridgefest, the Holiday Gala, and the Sounds of Summer concert series.

Just nine miles south of Atlanta in Clayton County, Forest Park is a suburb of the state’s capital. The city, which was incorporated in 1908, spans 9.4 square miles and has a population of 18,874. The Army base Fort Gillem is located within the city and houses the U.S. Army Criminal Investigation Laboratory and the U.S. Army Criminal Investigation Command.

Dalton is located in Whitfield County in the foothills of the Blue Ridge Mountains and is home to 33,413 Georgians. Dalton is rich in history, especially in terms of the Civil War. Dalton and Whitfield County are said to have more preserved Civil War artifacts than anywhere else in the nation.

Warner Robins was founded in 1942. Its namesake stemmed from Augustine Warner Robins, often referred to as the ‘Father of Logistics’ of the U.S. Air Force. The city has 70,712 residents and is situated in Houston County. Warner Robins is the location of the Museum of Aviation, which details the history of aviation in the military.

Moultrie is found in the Southern Rivers portion of the state, or more specifically, the middle of Colquitt County. The city has a population of 14,506. It was named for Gen. William Moultrie, who defended Charleston, SC, against the English during the Revolutionary War. Moultrie is home to the Moultrie Commercial Historic District, which is listed on the National Register of Historic Places and houses several significant buildings such as the Moultrie Colquitt Towers.

Because these are the 25 most dangerous cities for severe weather in Georgia, the homes located within them need to be protected by home insurance policies. Standard policies will help cover the costs of repairs or replacements for your home, its contents, and other structures on your property that are caused by a covered peril – fire, wind, hail, and theft. So if your roof is damaged by heavy gusts of wind during an intense storm, you’ll pay your deductible – the amount you agree to pay toward a claim before your insurance kicks in – and then your provider could pitch in, up to your policy’s limits.

If you reside in one of the cities mentioned above, call your insurance agent and walk through your policy to ensure that you’re covered in case your home falls victim to dangerous weather.

Following is a listing of the cities we studied, ranked from the most dangerous to the safest:

Tornado, Lightning and Hail scores are out of a possible 50 points where 0 is the best and 50 is the worst score.  For the tornado, lightning and hail scores, HomeInsurance.com analysts reviewed all individual storm events identified by the NOAA Storm Events Database from 1965 to October 2014 and weighted scores as follows:

The tornado score encompasses incidents of tornados as well as funnel clouds. For data sources only available on a county level, cites were assigned points based on the information for the county in which the city is predominantly located. Analysts only considered Georgia cities with a population of 10,000 or more. Tiebreakers were given to cities with a larger population. 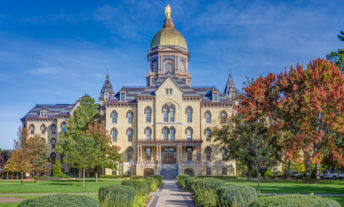 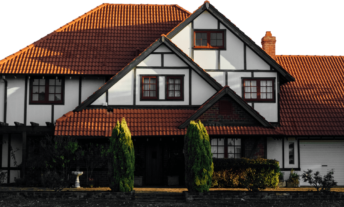